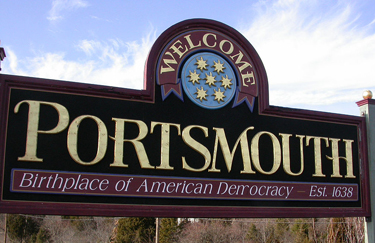 Portsmouth Town Council Double-Crosses Residents In A RhodeMapRI* Move.  Town Solicits State Representatives to remove power from residents when it comes to handing out local property tax deals. Is your town next?

dou·ble-cross – verb – To deceive or betray a person with whom one is supposedly cooperating.

Such powers, to grant one-off property tax stabilization agreements, already exists exclusively with the residents of Portsmouth as defined under RI General Law 44-3-9.

So why the new law?

Representatives Canario, Edwards, Gallison, Reilly, (all East Bay) and Tanzi (Narr, S. Kingston) on January 13, 2016, introduced H 7126, legislation that will give town council members the final say in handing out property tax arrangements that benefit developers and cost residents.  This legislation represents a shift of power in the decision making process.  In the past, these arrangements required VOTER approval.  With this legislation, developers will bypass the voter leaving the Town Council to decide on their own.  As a result, the qualifying business need only convince a majority of the council members to hand out tax freebies rather than make an appeal to the public that the tax arrangement is in their best financial interest.

What voters need to be aware of is that the existing legislation under 44-3-9 requires that any property tax stabilization agreement be for the good of the residents.  The proposed legislation under H7126 makes no requirement that the Portsmouth Town Council must approve a Tax Stabilization agreement for the good of the residents.

Consider also that Portsmouth is in RhodeMap’s* crosshairs.  Will RhodeMap* favored entities replace those that better serve resident interests?  We know where the state is heading with such favored initiatives, and they do not serve the interests of local residents.

Waste no time – Politicians are enforcing RhodeMapRI & are moving quickly to usurp your rights as a resident!

Be aware that your town may be next!

The public hearing for H 7126 has already been scheduled.  Your voice is needed to stop the first town in what is sure to be a trend.