If you are one of the 26 Communities signing on to federal CDBG, you must read this: 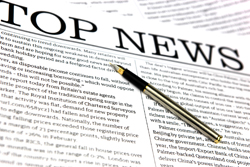 Community Development Block Grants (CDBG) -- Did you, as town officials, certify compliance to AFFH?  What are the potential hazards? Gary Morse warns: "RhodeMap RI is not likely to just "sit on the shelf" now that stricter AFFH compliance is being demanded by the federal government. 26 communities may now want to ask – is it safe to cash that CDBG check?"

Here is the full article 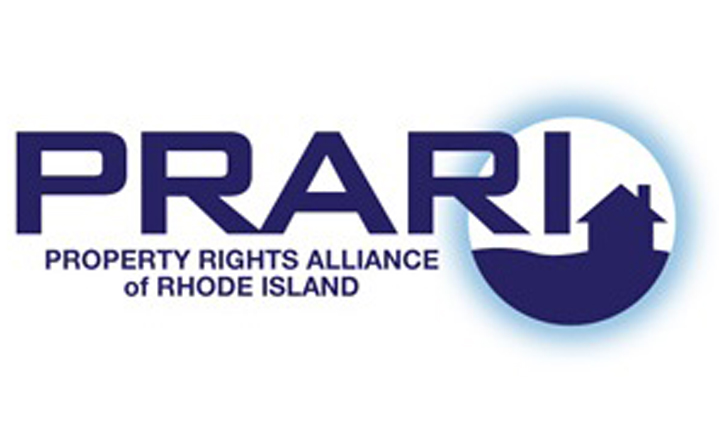 RMRI will not be set on the shelf

As you know, on December 11th the Division of Planning adopted RhodeMap RI (RMRI) as the official planning guide for economic development. Despite the Speaker’s assurances that it is not legally binding and that it will sit on the shelf, by law the local comprehensive planning documents must "embody" the State Planning Guide. RMRI is set to be used to create policy, legislation, and local ordinances, as has been done elsewhere around the country.

RMRI is not an economic development plan: The most troubling aspect of RhodeMap RI remains the fact that it is not an economic development plan at all. It possesses no "best practices" commonly used in economic planning, such as cost-benefit analysis. Further, there is no analysis on the negative impact of the property-tax base within each community; lack of analysis on local funding of public schools as we migrate school populations from urban areas to suburban "Growth Centers"; and presents little more than happy-faced government-centric solutions as a replacement for private sector initiatives. The grant application submission for this plan clearly states, "The RI Division of Planning is seeking funds to develop a "Regional Plan for Sustainable Development for the State of RI." Clearly, this is not an economic development plan as purported. For an eye-opening walk through this plan, we've included this video:

A video explanation of RMRI made by Sal Carceller, a first generation immigrant. Sal notes: "I don't align myself as a minority; I am an American." He is an Independent politically. He has worked with IBM for 31 years. This is an easy-to-listen-to walk through the actual RMRI document.

You may also be aware that the Rhode Island Foundation is in full support of this plan. That should come as no surprise since they have donated a quarter of a million dollars in recent years to GrowSmart RI. This sustainable development organization is a special interest, activist group partnering with the State Division of Planning to create RhodeMap RI.  In essence, the Rhode Island Foundation has helped craft this entire plan, again, referred to as a "Regional Plan for Sustainable Development" (in the grant application submission). In summary, the RI Foundation's public reports show they have given a quarter of a million dollars to GrowSmart RI. This explains their unyielding support of the RhodeMap RI plan, which was largely crafted by Grow Smart RI. View the actual IRS reporting Form-990(1).

RhodeMap RI is not uniquely designed for Rhode Island. It is a cookie-cutter plan, with similar plans being pushed out across the country. The driving principles and key concepts come directly from the Federal Partnership for Sustainable Development. This Partnership is a consolidation of federal power--a joining of the department of Housing and Urban Development (HUD), the Department of Transportation (DOT), and the Environmental Protection Agency (EPA). These agencies are run by non-elected officials who are setting the stage to make major decisions, decisions which will dramatically affect how you and your constituents live.

So how does this plan work? When a municipality receives grants from this federal HUD-DOT-EPA consortium, the municipality is legally obligated to abide by the terms set forth by these federal agencies. And upon close examination, these obligations will subordinate a municipality’s ability to serve its constituency’s interests and govern in accordance with Article XIII of the Rhode Island Constitution. HUD federal policies have deleteriously impacted many of our cities and towns for a long time.  The now infamous Westchester County case video provides a clear vision of HUD's more recent interpretations regarding adherence to these terms. Rob Astorino provides Investor's Daily with his synopsis of HUD's requirements:

A RI failed experiment--Woonsocket: One of our largest cities, Woonsocket has passed the point of no return as HUD policies, which impose the proliferation of low income or government housing, have driven out those who actually pay taxes. RhodeMap RI has no solution to overcome the reality that a low percentage of single-family homes in each community already pay a disproportionate high share of the residential property tax burdens.  In spite of that higher financial burden, RhodeMap RI wants to deconstruct single-family residential zoning throughout RI on the baseless claim that: "[T]he widespread dominance of single family homes played an enormous role in creating an income and equity gradient across Rhode Island" (p. 115, RMRI Plan).

The statement released by State Senator Cote was a plea urging the Division of Planning not to pursue increased use of HUD money.  In particular, he registered his concern relating to the current state mandate that requires preferential property tax treatment on subsidized housing. This tax treatment has eroded Woonsocket's tax base, ultimately leading to an exodus of wealth from the city, including the relocation of Walmart and Lowes.  He also registered his concern relating to RhodeMap's proposal for a state-run Urban Development Authority with its new powers and the expanded government control over individual property owners rights envisioned under the Plan.

Protecting local control: It's healthy to debate the optimum method by which to grow local economies. But we must stay steadfast in protecting individual rights. Your local decisions in governing, on land use within your town, on the use of your town’s resources, on the protection of your town’s sovereignty and the rights of your citizens, must supersede any "partnership" with the federal agencies.

The larger threat:  We are concerned that unelected federal bureaucrats are making major policy changes, with very liberal interpretations of the law, that will impact us at the municipal level, all at the direction of unelected state bureaucrats who embrace these destructive policies.  Who can we ultimately hold accountable, the Division of Planning?  A review of Governor-elect Raimondo's platform, as well as her lackluster response to inquiries regarding RhodeMap RI, are both indications that she is in full support of this plan.

However, other elected officials are not so quick to accept this plan as written.  While Mayor Fung raised concerns over numerous issues, he specifically questioned how additional mandates like the "Community Benefits Agreements" would improve RI's economy.  Senator Marc Cote, Woonsocket, not only raised concerns over the resulting erosion of the city's tax base from HUD affordable housing, but also raised concerns over expansion of unelected bureaucrats' power resulting from the creation of a state-run "Urban Redevelopment Authority".  And of course, we are all aware that the plan, while on the one hand, recognizes the problems in the current level of property taxes, on the other hand, proposes to remove the property tax cap.  We posit that this is a clear indication of the massive cost associated with the execution of  this "Regional Plan for Sustainable Development."

Cities that continually receive state taxpayer subsidies when they mismanage city funds will find no fault with this plan.  The Central Falls city planner spoke in support of this "Regional Plan for Sustainable Development" at the Dec 11 meeting.  Given that state tax dollars fully fund the Central Falls school department, and state tax dollars have bailed out the bankrupt city's pension plan, not once, but twice, there really seems to be no downside.  But if you are not a 'preferred city,' you will be concerned by this plan.  According to Senator Marc Cote’s statement, when Woonsocket approached the General Assembly for assistance in mitigating part of the affordable housing burden, they were told they couldn't be helped.

What can you do to protect your city or town? As you know, RIPEC has publicly opposed the adoption of RhodeMap RI until it has been vetted by local and state elected officials and by RI citizens.  Who is more familiar with the needs of the State of RI than RIPEC?  The Providence Chamber of Commerce purportedly supported RhodeMap RI, but in this video clip from the December 11 adoption of the Plan, Dan Beardsley, Executive Director of the League of Cities and Towns, states that the Chamber "now doesn't want it to pass."  Many cities and towns have passed resolutions or sent letters against RMRI. These include Foster, Scituate, Portsmouth, Tiverton, Coventry, East Greenwich, West Greenwich, Hopkinton, Exeter, Little Compton. Many others are considering doing likewise. Both Democrat and Republican legislators(2) have spoken out against RMRI.  Cranston Mayor Allan Fung, whose city was one of the first to sign on as a Consortium Partner when the plan touted economic development, has publicly opposed this plan in this letter.

So why is it that the three representatives from the League of Cities and Towns voted for adoption of Rhode Map RI?

Are they representing your town's best interest?

We invite you: To join PRARI. We will send you updates to keep you informed. And we encourage you to strongly appeal to our state leaders to replace this Regional Plan for Sustainable Development with a real economic development plan, one which is designed to lay the foundation for economic prosperity for all, one that protects the individual rights of our citizens, and thereby serves the best interests of Rhode Island. Our United States Constitutional rights are at risk. We look forward to hearing from you.

We thank the towns who have already united to oppose RhodeMap RI, and we thank you for your consideration in this matter.