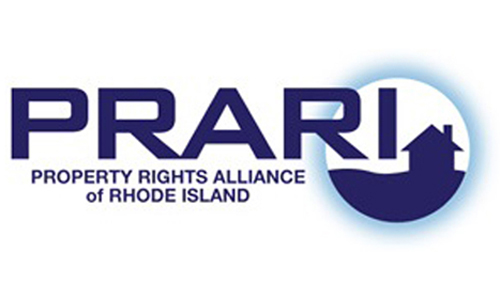 PRARI has not given up the fight against the federal law that removes local zoning authority.  The liberals and the state planning department in RI continue to move RhodeMapRI forward by providing tax credits to their cronies and forcing you to pay for your neighbor’s property taxes.

However, there is some hope with U.S. Senator Mike Lee.  Lee is going to work with a Republican majority in the House and Senate, a Republican Executive branch, and with any luck, Dr. Ben Carson as HUD secretary, to attack the outrageous power HUD has given to local elected officials and administrators who accept federal money - the power to ignore your local zoning laws and the power to force you to subsidize others in your neighborhood.

Included here is a link to sign a petition supporting his efforts to stop the social engineering of our neighborhoods by halting both the implementation and funding of the Affirmatively Furthering Fair Housing (AFFH) rule.  Please pass it along to your family and friends to sign!

In the past we explained how AFFH would impact our RI neighborhoods, how it would come to fruition in RI through RhodeMapRI.  Speaker Mattiello told you RhodeMapRI would be ‘shelved’.  Take a look at the projects and giveaways below.  Speaker Mattiello knows full well that RhodeMapRI and its destructive forces were not shelved.

"Rhode Island Housing has awarded more than $2.5 million in low-income housing tax credits (LIHTCs) to three developments as part of its 2015 round: Greenridge Apartments development by NeighborWorks Blackstone River Valley in Burrillville, the Revitalize SouthSide development by SWAP, Inc., in Providence, and Amherst Gardens by Olneyville Housing Corp. in Olneyville."

"Governor Gina M. Raimondo and the Rhode Island Commerce Corporation Board of Directors last evening approved incentive agreements for over $9 million in tax credits and grant funding [YOUR MONEY] to spur new construction and support research and development."

Why would a developer want to build mixed-use, high density affordable housing? If it is affordable, how can they profit??

MILLIONS OF DOLLARS IN TAX CREDITS that can be used to offset ANY tax bill.
Millions of YOUR TAX DOLLARS given to developers to subsidized housing you have NO RIGHT to question.

And not only will developers profit from this scheme, they will be able to determine where they might profit the most, without concern for local zoning.

The phrase "by-right development" not only implies statewide "on-demand" approvals in favor of developers, but such developments may soon contain forced local property tax breaks subsidized by local residents, not the State of RI.  Such property tax breaks paid for by local residents was already attempted in 2015 under House Bill  H6107A, and is expected to be pushed again in the future.

In other words, without ANY say from you and your neighbors, Gina Raimondo and the rest of the Establishment in Rhode Island want construction development companies to build and expand mixed-use, high density housing anywhere they want without your approval.

Do you think you'll have a choice?

"The decision to make a local inclusionary housing ordinance  mandatory or voluntary is an  important one. Based on discussions with planners and developers, it seems clear that voluntary programs are FAR LESS LIKELY TO BE USED.  Therefore, the policy recommendation is for mandatory provisions that are triggered by a certain threshold."