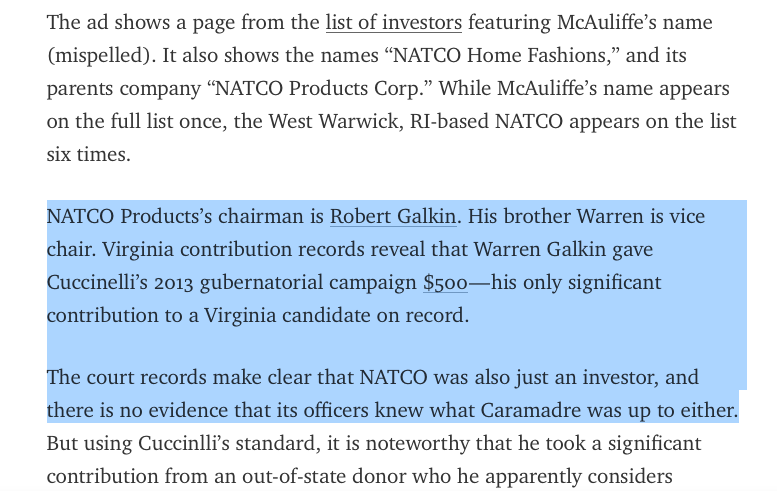 Providence, RI-- The Democrat Party of Rhode Island apparently believes that the exercise of First Amendment rights makes honest Americans subject to unsubstantiated slanderous claims. This according to The Gaspee Project (Gaspee), which today responded to a desperate media release yesterday by the R.I. Democrat Party.

"To question the integrity of one of Rhode Island’s great philanthropists and employers, the Democrat Party has crossed the line by making intellectually dishonest accusations against one of our donors who made a perfectly legal contribution to our organization,” said an angered Mike Stenhouse, founder of Gaspee. “Warren Galkin and his brother, Vice Chairman and Chairman of NATCO in West Warwick, are two of the finest gentlemen I know. Their generosity to numerous charitable causes throughout our state puts them beyond reproach in the hearts and minds of everyone that knows them. For the Democrat machine to impugn Warren’s lifetime of good deeds is beyond belief. I call on the Democrat Party to retract its outrageous statement."

The potentially slanderous statements by Democrats, via their high paid advisor, Bill Lynch, are further examples of the Left’s ongoing effort to shut down free-speech. The Gaspee Project believes that every American has the right to support the causes they believe in, without fear of recrimination from the government or the entrenched powers that be. The Gaspee Project and its supporters will not be bullied into silence and re-assert their constitutional right to disagree with their government.

That it is beyond the imagination of the Democrat Party to comprehend that hundreds of hard-working Rhode Islanders and small business owners would legally band together in opposition to an over-reaching government, shows how out-of-touch the party truly is. The Gaspee Project proudly states that 100% of its donations come from in-state individuals and small business who have had enough of the corruption and special interest cronyism that runs rampant through Rhode Island’s government.

Below you will find the statement from the Democratic Party:

WARWICK, R.I. - Senior Advisor to the R.I. Democratic Party, Bill Lynch, announced the results of an investigation into the amount of money that outside right-wing organizations have spent to try to influence the November 8th election for the General Assembly.

“Nearly $100k has been spent this year in an attempt to influence this election for Trump Republicans looking to take over the General Assembly,” stated Lynch.  “I challenge all of these organizations to immediately disclose how much of their expenditures originated in donations from the Trucking Industry - who are clearly angry that they have to pay for road repairs instead of RI taxpayers.”

According to disclosures on http://ricampaignfinance.com, The Roosevelt Society has spent $57,669.13 and the Gaspee Project has spent $32,625.40 in 2016 trying to influence the election in favor of Republican candidates.  This totals $90,294.53 being spent on local races.  Further, an email sent by the Gaspee Project on Tuesday promises an additional round of spending before the November 8th election - likely putting them over the $100k mark.

“I urge voters to reject this special interest money - especially if its coming from the Trucking industry - and to throw their negative attack mailers and their special interest money in the recycling bin where it belongs,” continued Lynch.  “The only rigging of this election is being done by Rhode Island’s version of the Koch Brothers.”

For the Roosevelt Society, its principle is Dr. Dan Harrop - an East Side Republican Party operative and former party boss.  Yet, Dr. Harrop has a string of likely ethics violations.  Just consider the following:

“The only reason that the public knows about these expenditures are because of laws passed in recent years by Democrats requiring disclosures of these electioneering expenses,” stated Lynch.  “Republicans would prefer to have elections where “buyer takes all.””

“I hope voters reject the cynical and secretive politics of destruction that these groups are launching into mailboxes,” concluded Lynch.