Finally, the taxpayer has a voice in Rhode Island! 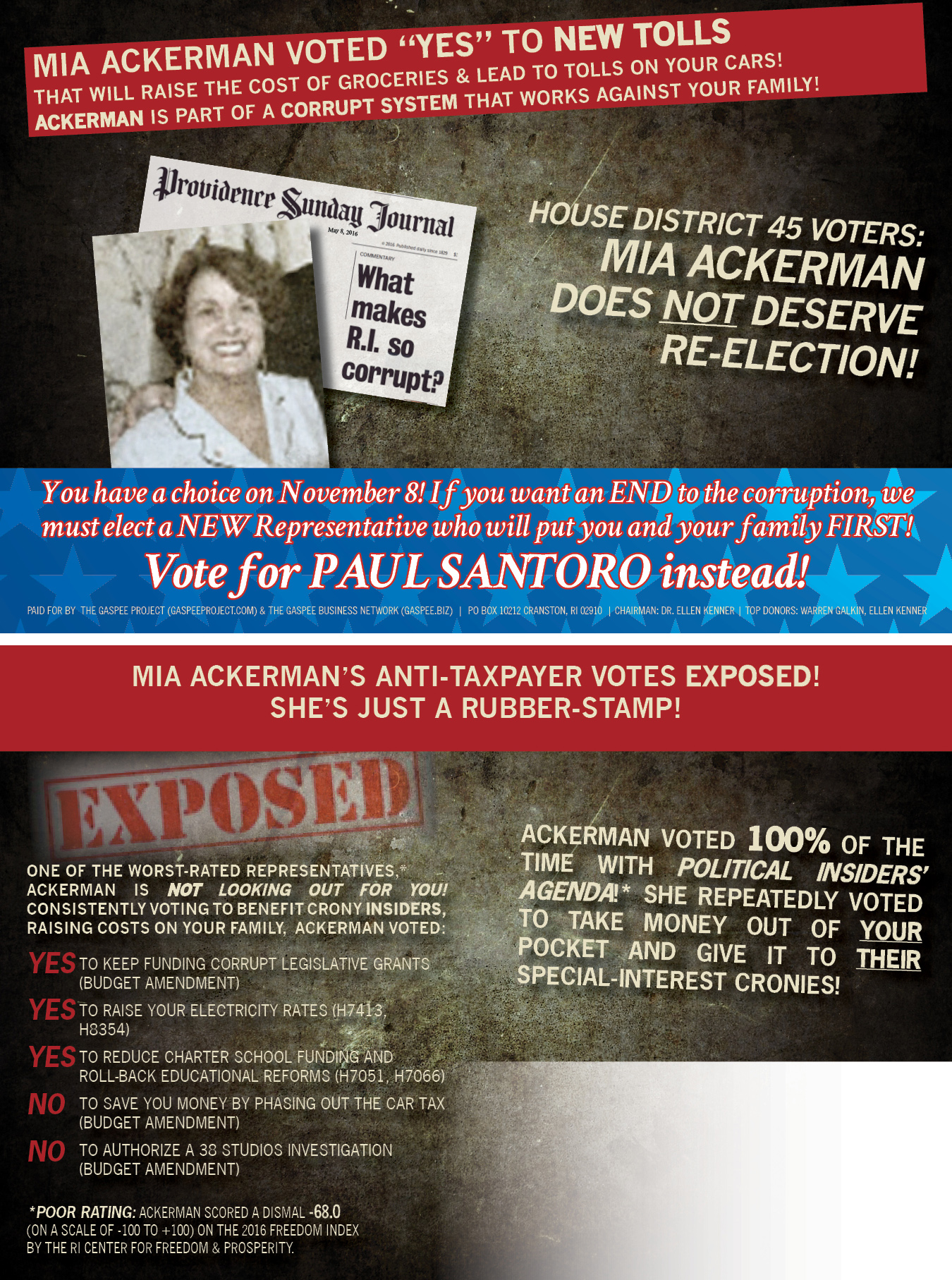 The status quo is being rocked by concerned and courageous citizens like you this election season.  Last week, the Gaspee Project and its partners continued the extremely important work of punishing lawmakers who defied the will of the people. We are now taking direct action against candidates and incumbents who have created Rhode Island's hostile business climate, job market, and economy.

No longer can the poor decision making of the General Assembly leadership go unnoticed.  Finally, the citizens are FIGHTING BACK.

The attack on Mia Ackerman included in this email is only one of many mailers sent to ensure voters all over Rhode Island know how their politicians are voting when they go to the polls November 8th.  Click here to download, share all over social media, and email images of the mailers we created to your friends and family.

These include, but are not limited to, attacks against:

THE TRUTH WILL BRING PROSPERITY BACK TO RI

YOUR DONATIONS ARE MAKING A DIFFERENCE IN OUR STATE.

We ask you to support our mission to stop the political elite from gaining even more power throughout our state, and return government to the people.  The failed and corrupt status quo must be held accountable on November 8, but it takes the time, money, and effort of the few who have the courage to stand and fight.  People like you.

With your donations to the Gaspee Project, we will win even more elections on November 8.

Please forward this email to your friends and family, and please support us as we enter the home stretch to save the future of Rhode Island for generations to come.

Also, please share this email as a webpage on social media by clicking here

Thank you for your support.