Mobs or Jobs? Rep. James Jackson is the Democrat representative for House District 26. His record shows that he has ignored the will of the people of his district, instead voting for radical far-left legislation and with insider leadership 95.8% of the time. 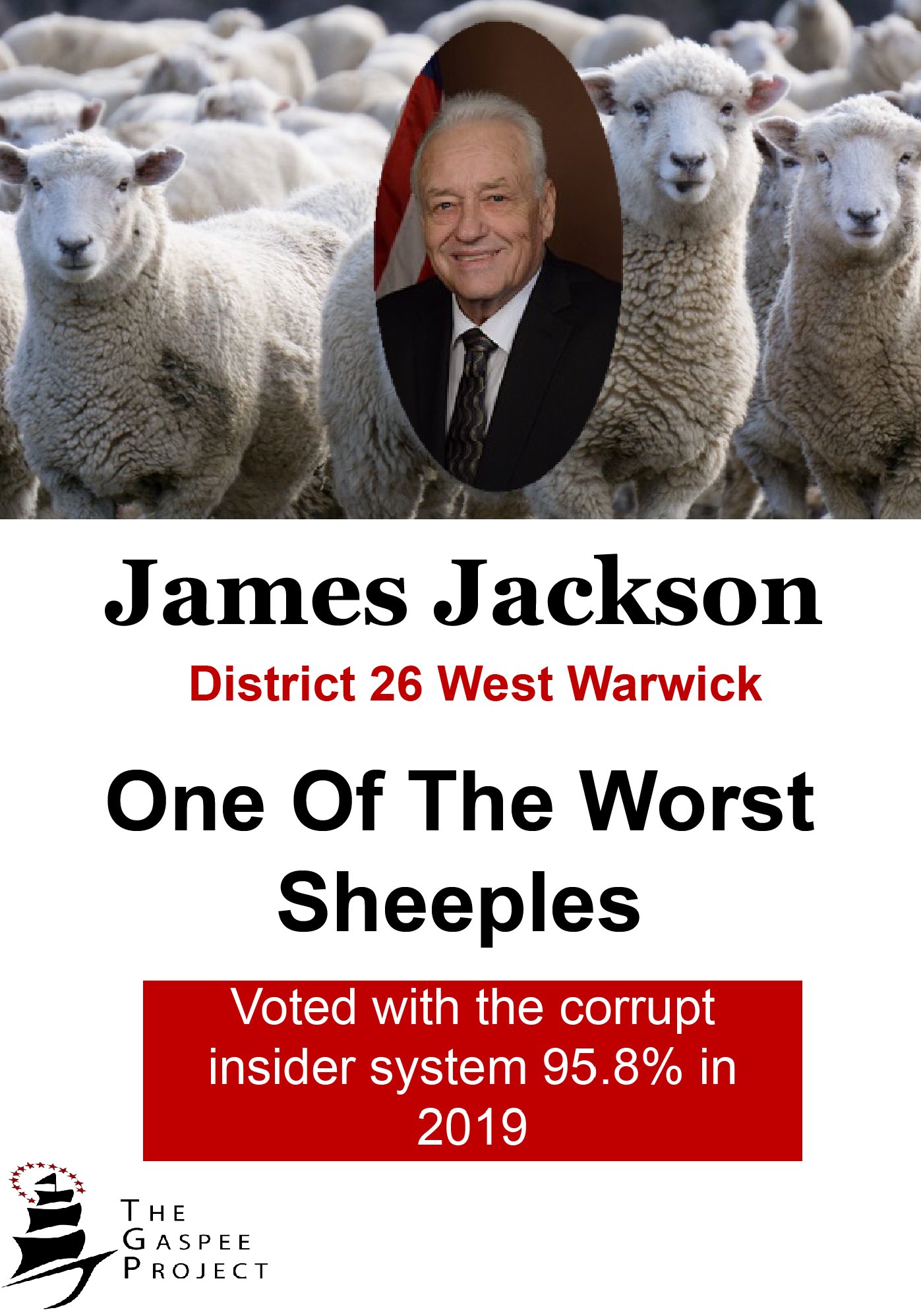 He failed to fight for the families and businesses of West Warwick during the COVID-19 crisis siding instead with radical agitators hell-bent on destroying America.

In 2019, Rep. James Jackson voted to give even more overtime cash to the big firefighters union! How high can your property taxes go?

In 2019, James Jackson voted to freeze teacher & municipal employee contracts during negotiations! This means BIG union benefits go up and up! DO YOU LIKE MORE PROPERTY TAXES?

In 2020, James Jackson sponsored a bill to get poor people laid-off by raising the minimum wage.

In 2019, Rep. James Jackson voted for a new anti-biz sales tax on software as a service. Rhode Island is already 50th in business according to CNBC!

In 2019, James Jackson voted to irresponsibly spend your tax-dollars in the ever-increasing state budget. This black hole of spending has to be cut back.

In 2020, Rep. James Jackson sponsored legislation to get rid of plastic straws in restaurants, unless you beg for them and forget the doggy bag too, no styrofoam containers.