Give now to takedown Carol Hagan-McEntee 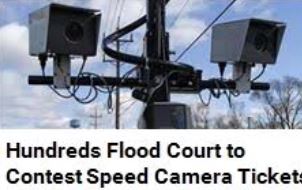 Progressive legislator elected to House Dist. 33 (South Kingstown and Narragansett) in June 2015 in a special election.  An attorney by profession, Rep Hagan McEntee has worked vigorously against taxpayers and the best interest of her constituents to carry out a radical, anti-Rhode Island progressive agenda that would cost the state over $6 Billion, a new 10% payroll tax and that seeks to impose more anti-jobs mandates on RI employers.  Rep McEntee rated a dismal -33 (negative thirty three) on the Gaspee Project's 2018 Whipple Freedom Index.
~

Tickets issued by Providence speed cameras hit the news in a big way earlier this year as thousands were issued to residents and visitors, who then rightfully rebelled at being treated like cash cows by city leaders.  Far less publicized has been the fact that Rep McEntee was one of only two sponsors of the 2016 law (bill H7446) that enabled these highly unpopular, legally questionable, costly violations.  Voters in South Kingstown and Narragansett should beware; Rep McEntee's speed camera law was not specific to Providence but enabled speed cameras in all cities and town.

Rhode Island has the seventh highest property taxes in the country.  But that is apparently not high enough for Rep McEntee, who voted during the 2017 legislative session for bills (H5593 & H5601) certain to put upward pressure on property taxes.  Her constituents should remember this vote, where she put special interests decisively ahead of their best interest and their high property tax bill.

Bad For Business = Bad for Jobs

In 2015, Rep McEntee said "We need a business-friendly environment free from red tape ...”

Yet she has spent the last three years at the General Assembly doing exactly the opposite.   In a state already renown for its anti-job, bad business climate, she worked to heap substantial new regulatory and operating burdens on businesses by sponsoring anti-business bills (H7851, H7369 in 2018; S0290 in 2017 and H7868, H7869, H7305, H7627, H7642 and H7707 in 2016 - a banner year for her anti-business efforts).  By making it even harder for companies to offer good paying jobs in Rhode Island, Rep McEntee worked to accelerate the flight of working age people including, distressingly, our children and grandchildren, out of the state.

McEntee & the PawSox: A Vote for Millionaires & Billionaires

From speed cameras to anti-job legislation to property tax-unfriendly mandates, Rep Hagan McEntee has worked vigorously against the best interest of her constituents and taxpayers around the state.  But perhaps her most in-your-face anti-taxpayer act was her vote for the Pawsox bill (H7290A).  With it, she voted to funnel to the millionaire and billionaire owners of the Pawtucket Red Sox tax revenue and local taxpayer-backed bonds towards construction of a new baseball stadium.   Rep McEntee stood firmly with millionaires and billionaires for this important vote at the expense of her hard-working constituents and all Rhode Islanders.
-
P.S. Our friends at StopTollsRI.com asked us to remind you: "Trucks Today, Cars Tomorrow" - in 2016, Rep. McEntee voted against all Rhode Islanders by voting for truck tolls - an unnecessary, highly damaging new revenue stream passed solely to benefit a certain insatiable special interest!
Do you like this page?
Tweet