Stop the Indoctrination of our Children!

It’s time to take back our schools!

The Gaspee Project is raising funds to conduct a public-awareness mailer in support of the “Friends of NK Schools” recall petition … and we need your help!

Lima has shamed students, tried to mis-use taxpayer money, mis-represented her campaign platform, and lied on the radio ... all to cover-up her radical agenda.

She’s even gone so far as to organize a group of Marxists to indoctrinate our children with anti-police propaganda and divisive racial and gender theories.

An example must be made of school committee members like Lima … to strike a blow against these anti-American race-predators that are infiltrating our school systems … if we are to stop CRT dead in its tracks in Rhode Island!

Donations are managed privately and will not be reported. We need to raise $10,000 to cover all of North Kingstown. 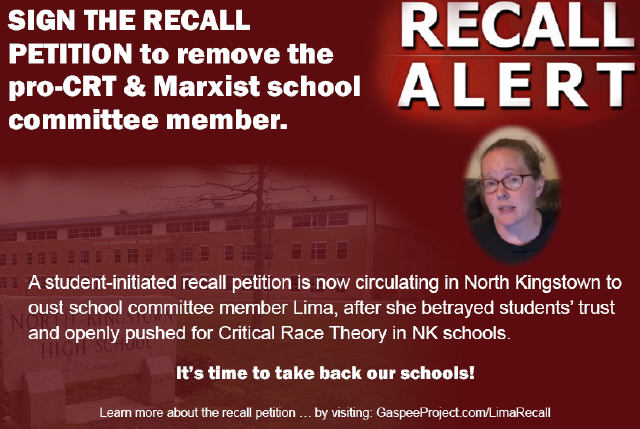