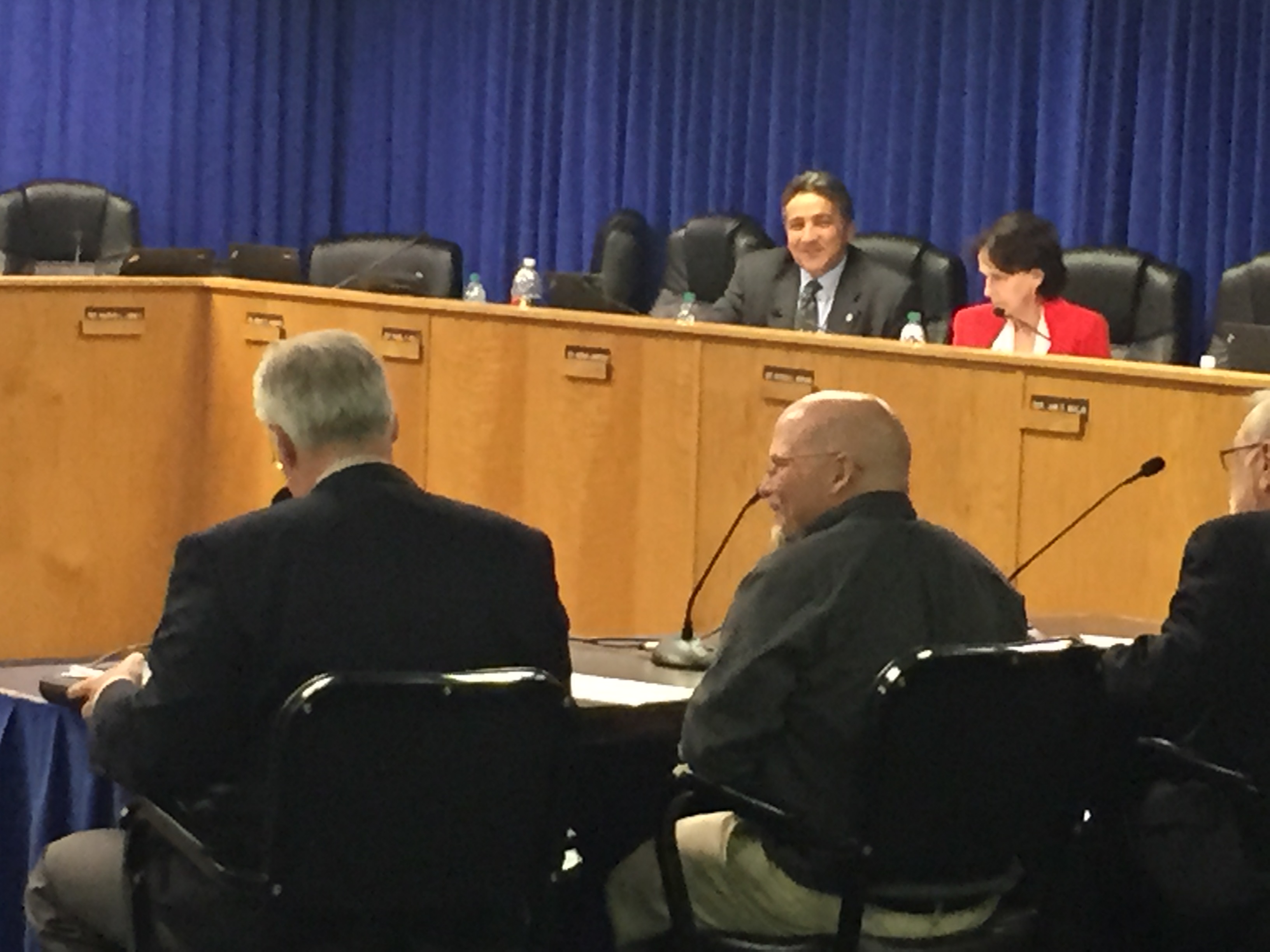 NOTE: The actual remarks at the hearings were a paraphrased version of the prepared remarks as the Committee Chair placed a time limit on all related testimony.

Thank you Chairman Gallison, good day Committee members. My name is Mike Stenhouse. You may know of our research on this issue by the RI Center for Freedom & Prosperity, but today I am providing testimony on behalf of The Gaspee  Project, a new grassroots advocacy organization, of which I am interim director.

I have publicly stated that RhodeMap RI is the most dangerous policy agenda I have ever seen in Rhode Island. After learning more about how this radical social equity agenda came to be officially adopted, I will add today, that RhodeMap RI is the biggest farce ever perpetrated on the citizens of Rhode Island, and more disturbingly, on maybe even on you, our duly elected representatives in the RI General Assembly. At every step of the process deceptive tactics were deployed.

First, in addition to the major concerns we all have regarding the threats this agenda poses to private property rights and the sovereignty of our locally elected city and town governments, it is our contention that the legislative process was deliberately manipulated and by-passed in order to gain adoption of this controversial program. The RhodeMap RI process was started in 2011 by the Division of Planning. How then, two years later in 2013 did legislation (H6069), originating in this very committee, calling for the creation of a legitimate economic development plan, end-up being morphed into the aforementioned illegitimate sustainable development agenda? That plan is not what this committee asked for. Are you aware that the original version of the House bill actually required General Assembly approval of the plan and had no mention of social equity? Are you aware that somewhere along the way, the bill got hijacked and ended up being passed in a version that eliminated General Assembly approval and that all of a sudden the term “equity” was inserted as a goal? Clearly, a bait-and-switch was perpetrated: By who, we don’t know. If this committee was not aware, I ask if this is acceptable.

Second, by what authority was an unelected, mid-level state employee able to bind the entire state of Rhode Island, and each of its 39 cities and towns, to arbitrary mandates and principles created by a federal agency in Washington DC, in this case the Department of Housing and Urban Development or HUD ... do so without ANY approval mechanism from you – the elected officials of we the people? How can this happen? We have warned about the authority of local governments being superseded by RhodeMap RI; well, we believe that this scheme has become adopted only because it superseded and manipulated and the General Assembly’s own sovereignty. RhodeMap RI is a one-size-fits-all, centrally planned national agenda out of Washington DC that is being forced upon the people of Rhode Island, without their approval. Are you aware, that by adopting this scheme into our official state guide plan, that RI has become the first and only state-entity to become one of HUD’s “regional authorities?” Again I ask, by what authority did this happen?

Third, that this obvious social equity plan is being disguised as an economic development plan should be an affront to all of us! If we want a social equity plan, we can have a social equity plan, but let’s not pretend that it’s economic development. At one of the planning meetings last fall, one citizen, in challenging the economic viability of the plan, asked how many of the voting commission members actually had backgrounds or degrees in economics. From what I could see, no one raised their hand. Well, let me raise my hand. I have a degree in economics from Harvard University, and I can tell you that virtually nothing in the RhodeMap RI plan follows any generally accepted economic theory. The RI Center for Freedom and Prosperity posted an analysis of the spending by the Division of Planning on the RhodeMap RI project.

Want to guess how much was spent on economics? ZERO! Based on the figures released, out of a total of $875,000 spent, 83% was spent on housing, land, and social equity consultants, 17% on marketing and public relations consultants, and 0% was spent on economics! Further, while there were a few legitimate business friendly ideas in RhodeMap RI, there was no implementation plan and no estimates on how much public or private money would be required for investment in the various projects, how taxes would be affected, and no return on investment projections.

Fourth, the central-planners also want you to believe that RhodeMap RI is a custom plan designed specifically for Rhode Island. Nothing can be further from the truth. In fact, RhodeMap RI is just one of dozens of similar cookie-cutter plans, each designed by HUD in Washington DC, that are being forced upon citizens throughout America. I have in my hand one document that lists Rhode Island as just one of 16 national “teams” seeking to implement HUD’s vision of sustainable development across the country.

Fifth, the RhodeMap RI planners want you to believe that the public is supportive of this scheme, by touting the many public meetings they held throughout the state. I can tell you from first-hand experience that these rigged meetings were also a farce. I, as well as others from aligned organizations, attended many of these meetings. Sure, there was feel-good talk about hi-density utopian green and walkable neighborhoods, but any pushback was politely dismissed or marginalized. There was no talk of a HUD agenda, federal mandates, higher property taxes, eminent domain seizures, or racial quotas. The truth is, that at the final four public meetings of 2013, after we started alerting the public about the real details of the plan, that an outraged public showed up en masse, and overwhelmingly expressed their opposition to this dubious plan. At a real public meeting in December, over 300 people turned out, many who could not even fit in the room, and most in loud opposition to the plan. Yet the Division of Planning perpetuates the myth that their plan has the public’s support. Further, last fall I personally challenged the Chafee administration and the RI Foundation to hold a public debate on the issue so that the truth about this agenda could be put out for public scrutiny. The offers were refused. Public debate and transparency is the last thing these planners want when they’re trying to force their agenda through.

One final deception is the repeated claim that nothing in the plan specifically threatens property rights or local governmental sovereignty. This may be technically true, but it’s morally dishonest. They know what comes next ... and we know what comes next ... because we actually have done the research. We are not living in vacuum. As I mentioned earlier, dozens of similar “un”sustainable development plans are in various stages of being pushed down from Washington DC all over America. RhodeMap RI, in reality, is a Trojan Horse for a much larger and invasive agenda out of Washington DC.

The people of Rhode Island are sick of hidden, special-interest driven agendas being secretly implemented by insiders, bypassing an open democratic process. We all think 38-studios was a corrupt process ... I submit that RhodeMap RI was far worse.

We know what the over-riding philosophy of the sustainable development movement, from which RhodeMap RI was born, is that single family home-owners like you and me are the bad guys and a contributor to inequity. One way or another, the planners want to force There is ample evidence of how this new “regionalism” top-down authoritarian regulatory approach to government is trampling the democratic process and people’s rights across America ... and I’m sad to tell you today, that the state of Rhode Island itself has now become one of HUD’s “regional authorities”

Most of the bills before you today are designed to restore rights to local governments and to private property owners and to strip out the non-economic mandates of the RhodeMap RI agenda. These bills also restore constitutional authority to you, the duly elected representatives in the General Assembly of the people of the great state of Rhode Island.

I, and most everyone in this room, ask you to stop this farcical and fascist agenda ... to exert your constitutional powers ... and we urge you to move these bills out of committee today.

Thank you very much and I am happy to answer any questions you may have.

The Metropolitan Council's plans include making sure there is a proper mix of races and incomes in each suburb.

Here in the Twin Cities, a handful of unelected bureaucrats are gearing up to impose their vision of the ideal society on the nearly three million residents of the Minneapolis-St. Paul metro region. According to the urban planners on the city’s Metropolitan Council, far too many people live in single family homes, have neighbors with similar incomes and skin color, and contribute to climate change by driving to work. They intend to change all that with a 30-year master plan called “Thrive MSP 2040.” . . .

Thrive MSP 2040 is part of a nationwide movement called “regionalism.” Regional planning of infrastructure is important, of course. But regionalism, as an ideology, is about shifting power away from local elected officials and re-engineering society on behalf of “equity” and “sustainability.” According to regionalist guru David Rusk, author of the book “Cities Without Suburbs,” federal programs that promote regionalism should strive to produce “racially and economically integrated and environmentally sustainable regions.” . . .

The council has provided few details, beyond noting that it will emphasize construction of low-income housing in “higher-income areas.” But the federal Department of Housing and Urban Development—the source of the $5 million planning grant used to fund the racial mapping—says that mapping is intended, in part, to identify suburban land-use and zoning practices that allegedly deny opportunity and create “barriers” for low-income and minority people. Under its forthcoming “Affirmatively Furthering Fair Housing” rule, HUD will provide communities with “nationally uniform data” of what it views as an appropriate racial, ethnic and economic mix. Local governments will have to “take meaningful actions” to further the goals identified.

So basically, the progressive master planners are already planning to change your neighborhood and force it to be just like every other neighborhood. They want to “spread the wealth around,” not just with taxes, but with housing as well.