Scituate: Ground zero for the full implementation of RhodeMapRI throughout Rhode Island – multiple buildings with 113 units of low-income housing

Scituate, RI: Huge corporate developers imposing their will on a small town's character. 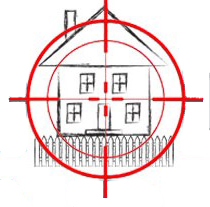 1. Clearly, huge out-of-state corporate construction companies are looking to supersede the town of Scituate’s local zoning laws through the coercive power of Rhode Island's court system to build a multi-building, 193 unit complex, with 113 units slated to be low-income housing.

2. RhodeMapRI states unequivocally that, "Another important aspect of local regulation that needs to be addressed in Rhode Island deals directly with what can and cannot be built. This issue is certainly not unique to Rhode Island municipalities, but there are far too many local ordinances that do not meet the needs of residents and business owners.  Higher density housing, particularly in suburban and rural areas, should be allowed at different scales in every Rhode Island community." (pg. 148) (Emphasis added)

3.  The Hope Mill housing project is ground zero for the full implementation of RhodeMapRI/RI Rising and the first, necessary step to take local zoning power from the citizens and place it in the hands of the courts and politicians. Due to the obvious absurdity of the project when contrasted with the self-evident desires of the people who live in the town, it is evident that the final implementation of this project will set the precedent for every other town in Rhode Island.

4.  PRARI [Property Rights Alliance of Rhode Island], the statewide collation to keep local zoning a local citizen-based decision believes strongly that the state planners’ strategy is to first force high density housing throughout every census tract of Rhode Island and then follow through with the manipulation of local property tax policies into a mandated statewide property tax regimen that forces local taxpayers to subsidize affordable housing via their own local property taxes.

IMPORTANT NOTE:  The term “neighborhood” will be used by state planners.  It is important to note that this is the state planners’ term for census tract; cite from RhodeMapRI’s “Equity Profile of Rhode Island” pg. 86:  The term “neighborhood” is used at various points throughout the equity profile. While in the introductory portion of the profile this term is meant to be interpreted in the colloquial sense, in relation to any data analysis it refers to census tracts.) (Emphasis added)

According to RhodeMapRI, pg. 168 of the final document with edits, “The State should consider the creation of a permanent commission on property taxation to establish a system of universal, understandable and fair standards for the municipal taxation of property throughout the state."

Presently, all affordable housing units built in Rhode Island do not pay property taxes based upon the needs of the town budget for schools, police, fire, etc.. The Hope Mill developers will, without question, cause taxes in Scituate to spike because local taxpayers are now forced to subsidize these out-of-town developers.  According to PRARI, it has been proposed that this so-called “fair” standard of property taxation will include not just rehabbed rental properties, but also, new construction of rental properties:

A big-corporate construction company windfall and the true, final goal of the planners.

This scheme will make Rhode Island property taxation weighted so that single family homeowners will be subsidizing nearly 70% of the developers' property tax costs. And the developers can later flip these properties without paying back local taxpayers for years of subsidization. This in fact happened in East Providence with the Kent Farms affordable housing development where, after years of local subsidizing, the developer flipped the entire 250 unit property to a wealth management company for a huge profit.

The planners understand that they first must place local zoning decisions in the hands of the courts and politicians through legal precedent (happening now at Hope Mill), next use this to force high density housing everywhere possible, and then finally implement a property tax system that places nearly all the financial burden on single family homes.

5.  According to Rhode Island’s land use policy, Land Use 2025 page 85, “If we are successful, this Plan’s recommendations are followed, 63 percent or more of the State’s landscape would remain as open, undeveloped land in 2025. One of our greatest challenges will be to permanently preserve as much greenspace as possible in both the rural areas and within the built environment.” (Emphasis added)

6.  According to RhodeMapRI, pg. 116; "The economic pressures on landowners, combined with the limited opportunities of traditional zoning, contribute to a haphazard, sprawling pattern of development. Interestingly, when reading many local Comprehensive Plans, this pattern of development is at odds with a town’s goals to protect rural character and quality of life while encouraging appropriate economic development. It also works against elements of the State Guide Plan, including Land Use 2025, and the desire for more concentrated growth center development."  (Emphasis added)

7.  Therefore, it is the view of PRARI that in order to achieved Rhode Island planners’ stated goal in Land Use 2025 of nearly two-thirds of the state being “undeveloped land,” and the stated strategy of the planners to end the “a haphazard, sprawling pattern of development” of single family homes, the events in our state are unfolding as follows:

First:  Take the power of local zoning away from one town in order to set legal precedent throughout the state, which is what is happening right now in Scituate.

Second:  Once the State Guide Plan (RhodeMapRI/RI Rising) is successfully implemented through the courts and local zoning rights are removed, expand the statewide property tax formula to encourage affordable housing construction as much as possible; empowering powerful out of state construction companies to impose their will on Rhode Island towns.

Third:  Finally achieve the land use and housing goals of RhodeMapRI/RI Rising:  Make single family home ownership unaffordable to the middle class through taxation, destroy any and all equity single family homeowners have worked their lives to build, and finally forcing those families into high density housing.

Scituate is ground zero for the next critical step in the implementation of RhodeMapRI/RI Rising.  If we lose this fight, the legal precedent will be set that towns are not the keepers of their zoning laws, but the politicians and courts.  Once this precedent is set, outside interests will have full reign to shape our small towns in any way they deem most profitable.

The ONLY way to solve this problem is to remove from office those politicians allowing this to happen.  DONATE TODAY TO PRARI and The Gaspee Project:

PRARI, the Property Rights Alliance of Rhode Island, is not in any way a legal entity and we are not lawyers. This document is in no way legal advice. This is simply our perception of the events surrounding the Hope Mill Project in Scituate and how that squares with the goals of the state’s “economic development plan” RhodeMapRI.