If you listen to progressives, they'll tell you their entire philosophy is about helping the disadvantaged and downtrodden.  They claim to be the voice of the people.  The tolerant few.  The champions of your right to be who you are.

Of course, that only applies if who you are is who they want you to be.

Consider the beliefs of Brown University student Caleb Apple.  Writing in the Ivy League university's campus paper, Apple insists that Rhode Island Democrats are not actually Democrats, so Democrat policies cannot be blamed for the horrible condition of the state. Apple writes about RI having "the worst infrastructure in the country" and a budget so tight that it targets cuts to Medicaid.  The state, he says, has "utterly failed its citizens."

You can see the puzzle for somebody on the far side of progressive beliefs.  Rhode Island is known around the country as a state completely run by Democrats, but it's also known around the country as one of the worst states by many different measurements.  Obviously, a progressive Democrat would have to find an explanation if he or she wants to push the state even deeper into "being Democratic."

Caleb Apple is working on the campaign of Tiara Mack, a far-left progressive candidate for state senate with the Political Co-Op, so he wants to blame Rhode Island's deterioration on her opponent:

... Harold Metts of the Rhode Island Senate, a Baptist minister and former educator, betrayed another underlying motive for failing to protect abortion rights for so long. On the Senate floor, Metts asked, “Who favors abortion more, God or Satan?” before claiming that only God should have control over our bodies. After the bill passed the House, it took two tries before passing the Senate in a close vote, where over one third of Senate Democrats voted against protecting a woman’s right to choose. It was then finally signed into law by Governor Gina Raimondo. The members of this conservative machine are no more liberal on other issues. In 2011, Metts sponsored a bill that would require people to bring identification in order to vote. Metts argued that he sponsored the bill upon request from his Hispanic and Black constituents, who make up the majority of his district. When confronted with studies showing that only one out of 30 million votes is fraudulent, and that Latinx and Black voters are deeply disenfranchised by voter identification laws, Metts responded: “While I’m sensitive to the concerns raised, at this point I am more interested in doing the right thing and stopping voter fraud.”

Don't bother asking what abortion and voter IDs have to do with bad infrastructure.  That's not Apple's point.  Metts holds some views that aren't in line with Apple's radical religion, so Apple writes him out of the Democrat Party.  Hop-skip-jump, and the point is that Metts isn't representing his constituents.  In fact, Caleb Apple insists that he's "disenfranchising" them.

Coming across this accusation, voters in the district of Senator Metts should ask themselves who Apple is to tell them they aren't being represented.  The Ivy League student's LinkedIn page says he attended Packer Collegiate Institute in New York City.  The current tuition rate for Packer for grades three through 12 is $50,000.  That's a million dollars for students who stick with the school from Pre-K-three to graduation.

And this guy is going to lecture Senator Metts's constituents about what's in their interest?  It would be bad enough that elite progressives think they have the expertise to tell everybody else how to live (despite the lack of lived experience).  What's terrifying is their lack of humility, which shows they don't even know that there are things they don't know.

This goes for Tiara Mack, too.  A graduate of Ivy League Brown University, Mack recently explained that she was disappointed to come to Rhode Island from the South only to discover that everybody doesn't believe exactly the same things she believes.  She wants all of Rhode Island to be a big "liberal bubble."  She can't let Rhode Island be what it is.  It has to be the progressive ideal that she dreamed it would be when she came to the Ocean State less than a decade ago.

Beware.  They probably still have some packing tape left over from when they moved here, to seal you in if they win. 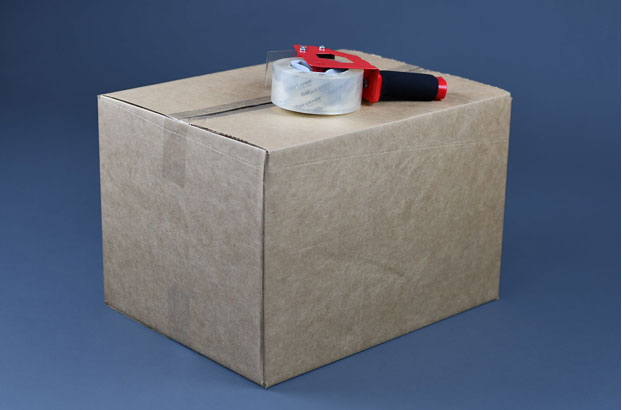