DID YOU KNOW that progressive Representative Camille Vella Wilkinson received $$ from Progressive Dems of America and has repeatedly voted to restrict parental and family rights and to give government more control over our lives. 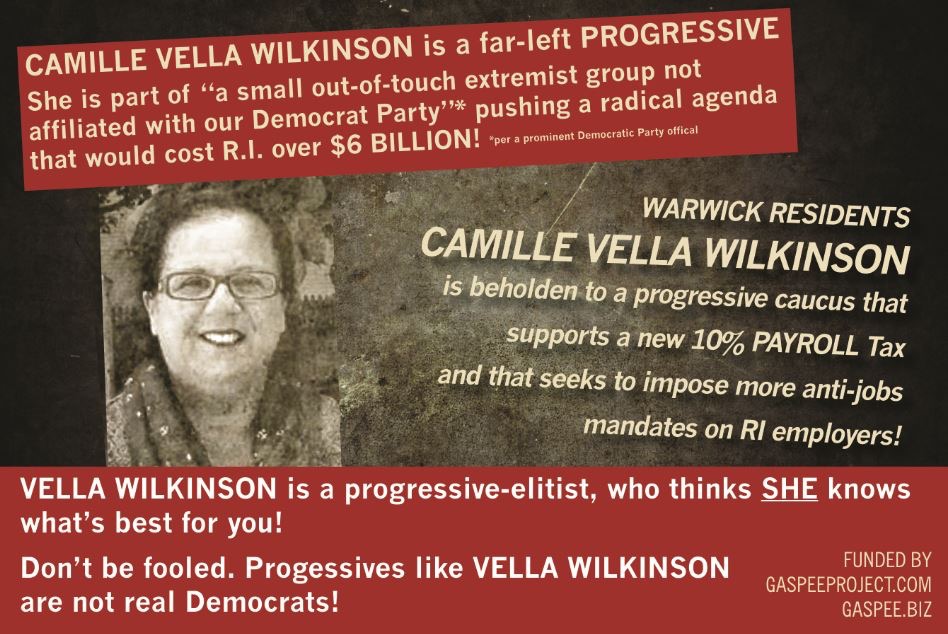 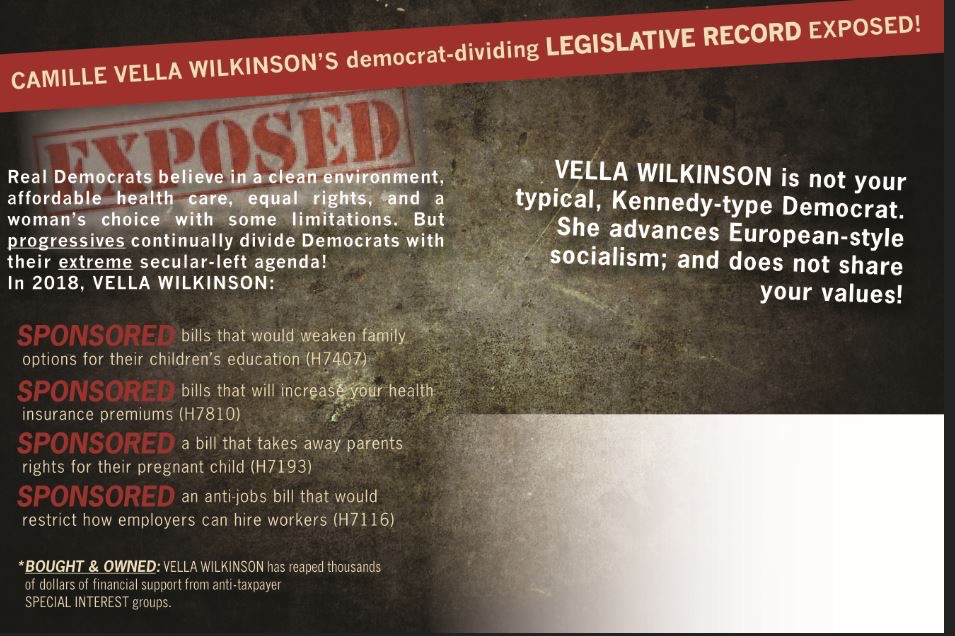 In March of this year, WalletHub rated Rhode Island's overall tax burden as fifth highest in the country.  But that was not enough for Rep Vella-Wilkinson, who sponsored or voted during the 2017 legislative session for special interest bills (H5593 and H5601) certain to put upward pressure on property taxes.  And she continued to work vigorously in 2018 to raise Rhode Islander's already high property taxes by her sponsorship of both the perpetual contract bill (H)7198 and binding arbitration for teachers and municipal employees
(H7379).

Rep Vella-Wilkinson worked to weaken families options for their children's education via a bill to burden and weaken charter schools (H7407).

In 2017, Rep Vella-Wilkinson voted for H5413, an anti-business measure important to the anti-taxpayer, progressive caucus that she now answers to.  This law created yet another heavy burden on businesses in the form of mandated paid leave, making it even more difficult for good-paying jobs to be created in Rhode Island.  And in 2018, Rep Vella-Wilkinson continued her efforts to exacerbate RI's business climate via sponsorship of even more anti-business, anti-jobs bills (H7893, H7116, H7608).

Rep Vella-Wilkinson's statement about the mandated paid leave bill - "Even though the businesses don’t understand it, it will be the right thing for them as well" - perfectly encapsulates her destructive, condescending, completely out-of-touch attitude towards hard-working business owners and contradicts the claim on her twitter account that she wishes to "promote economic development".

Most Rhode Islanders would say that their health insurance premiums are plenty high enough - and they would be right, according to GoBankingRates, which ranks RI's premiums in the top 25%.   But that's apparently not high enough for Rep Vella-Wilkinson.  She worked vigorously in 2018 to raise everyone's already high premiums by sponsoring new health insurance mandates (H7810, H7368, H7135, H7866).

Remarkably, Rep Vella-Wilkinson voted "Yea" on the Pawsox bill (H7290), despite claiming to represent progressive values, thereby voting to funnel to the millionaire and billionaire owners of the Pawtucket Red Sox tax revenue and local taxpayer-backed bonds towards construction of a new baseball stadium.   With this vote, Rep Vella-Wilkinson broke with her own principles to stand firmly with millionaires and billionaires at the expense of her hard-working constituents and all Rhode Islanders.

Rep Vella-Wilkinson's legislative record clearly demonstrates that her allegiance lies exclusively with a progressive caucus pushing a radical agenda that would inexorably push ever more good jobs out of state and raise Rhode Island's already high taxes and cost-of-living.  She has advocated for a costly radical agenda and stood up for for millionaires and billionaires (H7290).  The one group Rep Vella-Wilkinson did not represent is the only one that matters: the hard-working residents and taxpayers of her district and of Rhode Island.