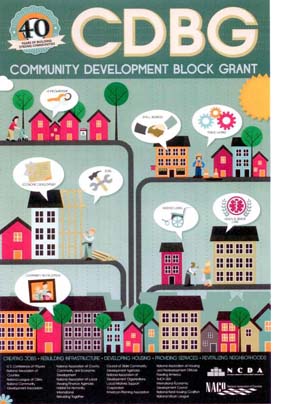 PRARI is a citizens group of volunteers concerned that our property rights are being undermined. We believe the ability of municipalities to look out for their communities' best interests must be protected. PRARI was established after the public became aware of the RhodeMap RI plan and worked to thwart its subsequent adoption by unelected officials amidst great controversy.

RMRI is alarming because it is clearly not an "economic development plan." The application for the grant clearly states the funding will be used to develop a “Regional Plan for Sustainable Development”.  The Plan possesses no proven economic metrics and included no economists in its drafting. In fact, RMRI is actually a "social equity plan" or if you like a social experiment.  This social experiment threatens actual economic vitality and undermines the ability of municipalities to govern in ways they see fit for their respective districts and unique economic circumstances.

At the core of RMRI is HUD and its partners, the DOT and the EPA, but HUD policies are the principle drivers. In fact when the General Assembly passed legislation to mandate the creation of an economic development plan in 2013, it included 6 specific plan components.  What they got instead were the "6 living principles" directly from HUD and the Federal Partnership for Sustainable Communities, a HUD, DOT and EPA consortium.

At issue is HUD's interpretation of the FAIR HOUSING ACT of 1968 which produced the "affirmatively furthering fair housing" policy, or AFFH. Also it must be noted that under the current administration, HUD has become much more aggressive in the enforcement of compliance with AFFH.

In fact, under this administration, HUD's goal is to "deconstruct America's suburbs" in favor of the more densely populated urban model.

In RMRI, the plan points out the necessary behavior modification "challenges," and calls for a "carrot vs. stick" approach in achieving their objectives. The "stick" is a punitive higher tax level verses the "carrot," a substantially lower tax rate for rewarding the "good" behavior.

The City of Woonsocket has actually been forced into a disparate taxation system.  Because Woonsocket was a willing “entitlement community” which liberally accepted HUD funding to build-out affordable rental housing, it was ultimately forced to implement a supplemental property tax in addition to its regular property tax.

Senator Mark Gee of East Greenwich told of a case involving the housing authority superseding the E. Greenwich Town Council to build a multi-family unit on Route 2 without even consulting with the Town Council and in violation of local zoning rules, yet because of HUD funding, they completely ignored the town's authority with impunity.

While many communities in RI have participated in CDBG programs, most do not realize that today's HUD has become much more aggressive at ramping up enforcement of compliance to the AFFH mandate.  HUD’s more recent interpretation of compliance is much different than what HUD recipients have understood in the past.  In fact HUD is actively changing its enforcement criteria and updating their "Fair Housing Assessment" tool. New rules are due in March 2015 (deadline of December 2014 was extended, meanwhile see Fair Housing Assessment tools 2014)

Make no mistake, RMRI and AFFH policies are one in the same and have a direct correlation. RMRI's adoption provides HUD policies the necessary enforcement mechanism that, up until now, did not exist. Rhode Island is the first state to adopt this scheme and therefore open the door to HUD enforcement.  It is noteworthy that compliance to AFFH today will mean local zoning rules will be superseded by HUD’s vision of AFFH.  HUD’s plans for neighborhood integration will require compliance of AFFH be based on low-income rental housing side-by-side with single family neighborhoods throughout the municipality.

The problem:  this will not only deconstruct housing, but also, the property tax base, pushing higher taxes down the tax roll as the higher end neighborhoods are “deconstructed”.  These neighborhoods have traditionally paid the lion’s share of property taxes in every community.

Questions also remain as to whether the state is responsible, or the municipality, is legally liable for ensuring HUD AFFH compliance.  Inquiries on this question were submitted as far back as last September 2014.   The RI Department of Administration has not yet provided an answer.  The consequence of the lack of clarity is exactly what has happened in Westchester County, NY and more recently in the city of Dallas.  (see HUD vs. Westchester case references).

In case you have not caught the article, even PolitiFact has written on the confusion created by the Division of Planning surrounding “the strings attached” to HUD money as it relates to RhodeMap RI and its adoption.

Deconstruction of 200 years of neighborhood evolution throughout Rhode Island without regard to the impact to property values, or property taxes, is irresponsible to the residents of this state. A new replacement state plan, consistent with what the General Assembly asked for, must be developed.