With thanks to AAA and Speaker Mattiello, OSTPA announces the:

NO NO NO Campaign

Yes, we are the Knights who say NO

NO TOLLS: Responding to the Speaker’s characterization of those opposed to tolls as the “Minority Voice of NO”, OSTPA explains that they cannot stand by while statehouse insiders, like the AAA lobbyist, pretend that there is some silent majority in favor of the tolls.  OSTPA spokesperson, Brian Bishop, questions why the majority would be silent, in light of the the vocal opposition to tolling, including a growing number of municipal councils adding their voice. “If that were so, the majority would have no reason to be silent.  And, given the awareness of this issue, the complete lack of public support for the RhodeWorks plan suggests that the Speaker and AAA have no mandate from their members.”

NO Triple A, you don’t speak for us: This is a campaign designed to go on regardless of how the legislature votes. Triple A doesn’t speak for motorists on this issue or any other. Lloyd Albert of AAA recently appeared before the legislative bodies effectively claiming to speak in favor of the toll plan on our behalf because some of us bought a tow plan or an insurance policy!” Bishop continued, “What’s next, Flo from Progressive sitting down to testify in favor of Tolling our Economy? This is shameful behavior, and all the more so because AAA has the resources to review the efficiency and common sense in transportation spending.” OSTPA is urging AAA members and non-members to sign a petition demanding that  AAA extricate themselves from this important public policy debate. Are they more intent on guarding their insider arrangement as a private partner providing registry services? 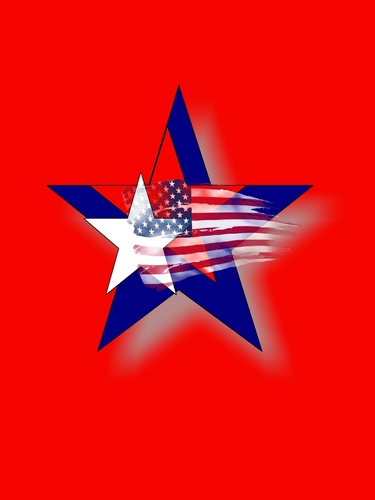 NO Rhodeworks Waste of $500 Million on the 6/10 Connector: “Signatories to our campaign also insist that RI DOT and Statewide planning complete a review of the potential waste of money on the 6/10 Connector BEFORE implementing a public policy that will forever change the face of RI and will certainly be an undue burden on manufacturing and warehouseing industries that have demonstrated a commitment to locate and grow in our state,"  said Bishop.

OSTPA urges all RI citizens to consider participating in this rebuke of AAA for supporting the waste of $500 million in tax dollars to perpetuate a commuter parking lot known as the 6/10 Connector. This expensive aerial parking damages the Olneyville neighborhood without providing much real benefit to Providence, Cranston or Johnston. And the cost for its renovation would rival the I-Way that connects New York, Boston and the Cape to Providence. Route 10 can end more efficiently in the Niantic Industrial Park providing easy access to Route 95 that is now blocked because trucks leave the industrial park to get on Route 10 south. Route 6 would end at a Boulevard stretching just south of Olneyville and proceeding toward the Providence Place Mall.

“The debate is not just about ‘how to pay’ for Rhodeworks” Bishop pointed out. “It is about wasting half a billion dollars and what will become of that slush fund if the tolls are established and DOT and statewide planning come to their senses. This battle doesn’t end with a legislative vote, it begins there. We aren’t going away if the legislature adopts this, but will exploit the very flexibility awarded to DOT in this program to attack every waypoint on this journey to illegitimate tolls on our economy, just as surely as we will attack at the polls those who support it.”

“Can we say YES to anything?” Bishop asked rhetorically.  “We say YES to RI’s economy. We say it is wrong to presume we can tax businesses without hurting workers and consumers. We say look at Providence that thought it could keep homeowners taxes down by raising business taxes and now can’t get anyone to locate there without abating taxes for 20 years. Why do that to our roads?”